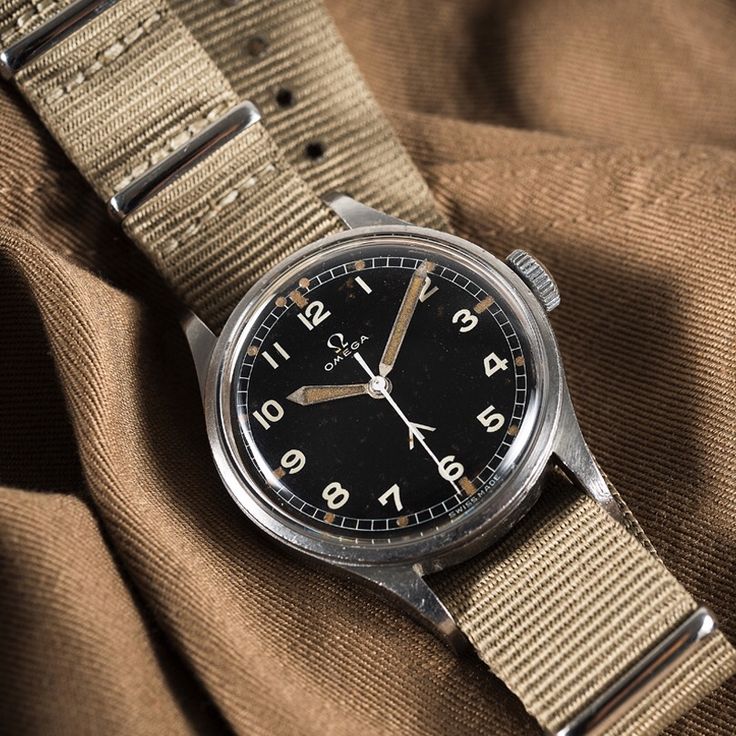 Omega CK-2777 1953 Military RAF watch. 5900 units commissioned by the RAF during only one year, 1953. Omega calibre 283 with chronometer certification. Antimagnetic. Acrylic crystal. This particular dial is the original variant with Radium lume aka “thin arrow” and is the rarest. MOD replaced the Radium dials on a lot of watches by safer Tritium variants aka “broad arrow”, these are more common. Finally a number of dials were replaced by Omega in Bienne, also with thin arrow marking.